All aboard the Hogwarts Express: ‘Harry Potter and the Sorcerer’s Stone’ turns 20 today 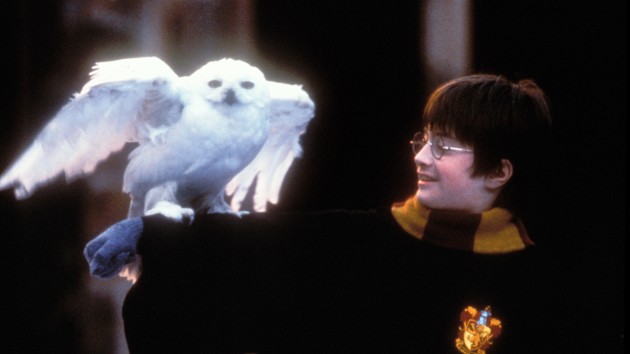 Twenty years ago today, Harry Potter fans flocked to theaters to see their favorite boy wizard come to life for the first time on the big screen in Harry Potter and the Sorcerer’s Stone.

The movie, starring Daniel Radcliffe, Emma Watson, Rupert Grint and a host of the U.K. and Ireland’s finest actors, was the highest-grossing film of 2001 and has gone on to earn over $1 billion at the box office.

More importantly, it was the first installment of a franchise that would eventually grow to encompass eight films and two prequels, so far, not to mention several theme-park attractions.

Here are some things you may not know about Harry Potter and the Sorcerer’s Stone:

— Everywhere but in the U.S., the movie, like the book on which it’s based, was titled Harry Potter and the Philosopher’s Stone. That meant that every scene that mentioned the “stone” had to be shot twice: once with the actors saying “philosopher’s stone” and once with them saying “sorcerer’s stone.”

— Harry Potter author J.K. Rowling was asked to play Harry’s mother Lily Potter in the scene where Lily appears to Harry in the mirror of Erised. She turned down the role because she was convinced she’d “mess it up somehow.”

— Robin Williams and Rosie O’Donnell both wanted to be in the film, but they were rejected because J.K. Rowling only wanted actors from Britain and Ireland in the cast.  She hand-picked Alan Rickman, Robbie Coltrane and Dame Maggie Smith to play Snape, Hagrid and Prof. McGonagall, respectively.

— Richard Harris turned down the role of Dumbledore three times, until his granddaughter said she’d never speak to him again if he didn’t accept it.

— In the book, Harry had green eyes. But Daniel Radcliffe had a bad reaction to the green contacts he was supposed to wear, so in the film, he had blue eyes, but only after J.K. Rowling approved the change.  Similarly, in the book, Hermione had buck teeth, but since Emma Watson couldn’t speak clearly through the fake teeth she was given, they were abandoned too.