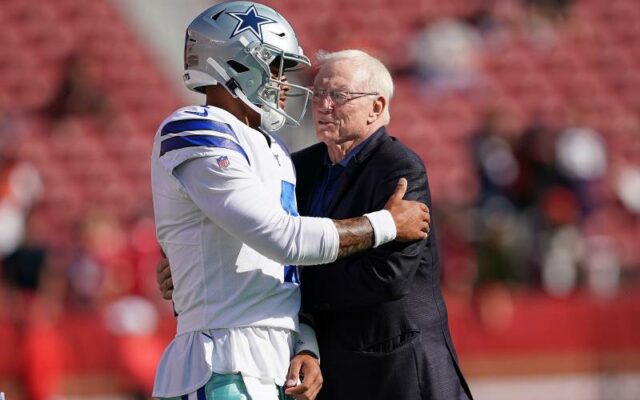 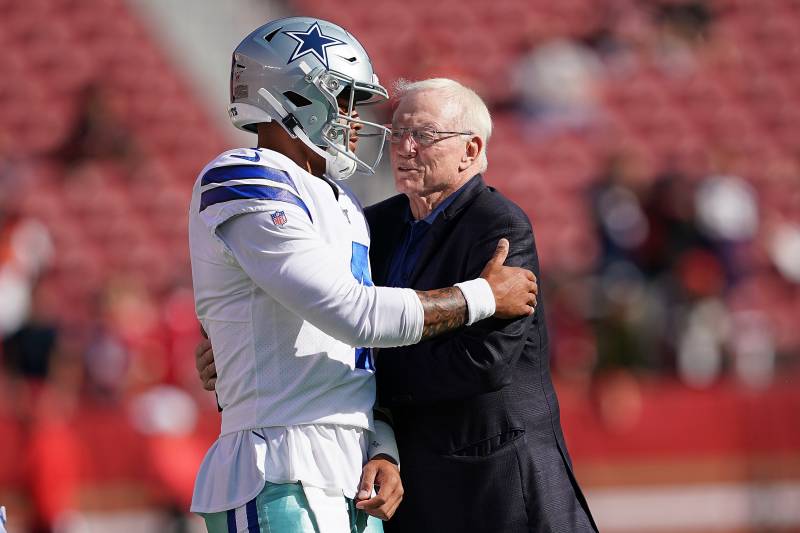 The news Tuesday morning came straight from the man himself, Jerry Jones proclaimed on 105 the Fan in Dallas that his quarterback, Dak Prescott may indeed return much sooner than expected. Dak had surgery to repair a fractured right thumb and initially the reports were he was out 6 to 8 weeks. So Jerry’s proclamation gives us a glimmer of hope. Things could not have started any worse for the Cowboys in week one, but there were some signs that things might not be as bad as we think.

Let’s start with the defense, held Tom Brady and the Bucs to just 19 points. I think under most circumstances, we would take that every week. I think the offensive line performed better than expected, albeit, the expectations were not that high. But keep in Mind the Cowboys may have an ace in the hole when it comes to the veteran Jason Peters. Not a long term solution but certainly an improvement to what is there now. The wide receiver corps should get a shot in the arm within the next week or two with the return of MIchael Gallup. Zeke Elliott looked good in the backfield, so maybe things are not as gloomy as we all thought. Look I know fans are not happy with the Jones family for their lack of movement this off season and I am not predicting a Super Bowl run for the Boys this year.

All I am saying is things just may be as bad as we first thought, especially if Jerry is right about Dak. There is a long season ahead, there is still reason to believe the Cowboys will; have a successful season, depending on your definition of what a successful season looks like. I find it hard to believe I am acting as a Cowboys cheerleader, but why not look at the glass half full as we head into week number 2, what can it hurt???