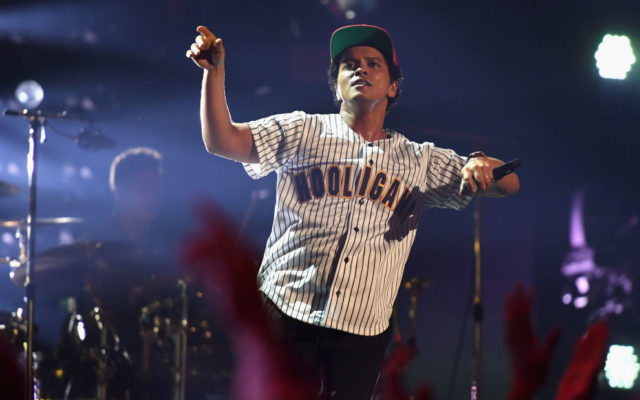 Paak has been wearing a wig while performing as Silk Sonic, and when the super duo performed “Leave the Door Open” at Dolby Live at the Park MGM, of course, Paak was on stage with his bouncy wig.

During the duo’s performance, Mars surprised Anderson by coming out on stage with the same wig Paak has been wearing, sending the singer into a fit of laughter.

Silk Sonic returns to Vegas August 3-19 after a June-July vacation.