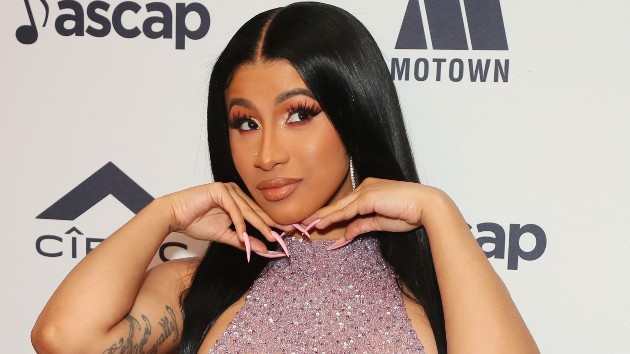 Recently, Nicole Arbour called out Cardi for posting a clip of Offset’s new track that makes reference to violence following the tragic death of Takeoff.
Nicole said, “Man… few weeks after his cousin was murdered over a dice game…Offset’s making new music about shooting people and shooting places up. Not a single thing was learned.”
Cardi replied, “He hasn’t even been to a studio since Take died, so wtf are you talking about?”
Arbour then posted the clip of Offset from Cardi’s IG story and said, “My bad y’all… @iamcardib just posted this, and I was sure it was Offset rapping about murder with a fake gun. Honestly, my bad if that’s not what this video is.”
She continued, “Oh, I said what I said. Even if that video was made before it happened, you STILL don’t see what’s happening? When u promote senseless violence in a community, you GET senseless violence in a community It’s sad af that all these young guys are dying, something has to CHANGE.”
Cardi responded, “Your community don’t sing about mass shooting and f**kin their cousins, yet y’all still do it …Mind your pink neck.”
The back and forth went on for a while, but Cardi has since deleted her tweets that were in reference to Arbour.
Cardi added, “The fact you trying to use the death of some1 I love to get clout is crazy …..I’m not going to do none of that ….I’m just going to pray for you.”
Arbour added, “The fact that you think it’s about that is crazy. You continue to promote the exact thing that traumatized your family. By doing that… by glorifying and edifying the murder of black men, it’s gonna keep happening!”