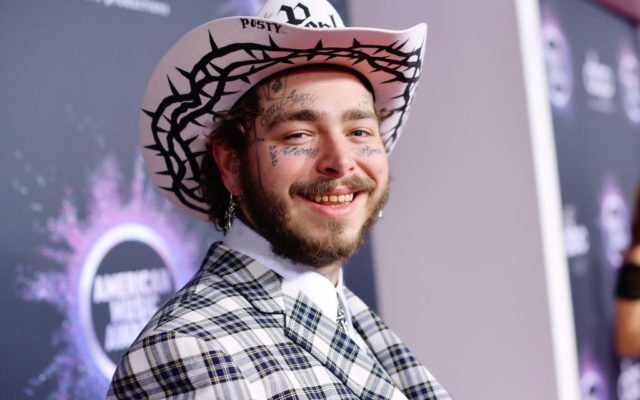 The Dallas News spent time mapping out a new tattoo for Post Malone, the publication says Malone had dinner with Michael Irvin, Drew Pearson, and Dez Bryant, all of who wore the number 88.

As they discussed the Cowboys’ Super Bowl chances, Irvin suggested they recreate the party they had in Arizona. “If the Cowboys win the Super Bowl, I get an ‘88′ on my forehead,” Malone said, upping the ante.

But where would he put it? Post’s face is nearly covered in tattoos. Dallas News went to work to find real estate on the rapper/singer’s face. “Space remains above his eyebrows and near the middle left of his forehead,” noted the publication.

In 2020 Post revealed to GQ Magazine why he has so many face tattoos: “[The face tattoos do] maybe come from a place of insecurity, to where I don’t like how I look, so I’m going to put something cool on there so I can look at myself and say, ‘You look cool, kid,’ and have a modicum of self-confidence when it comes to my appearance.”