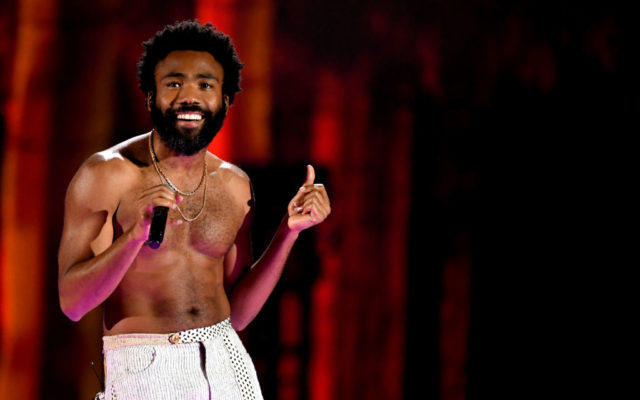 LAS VEGAS, NV - SEPTEMBER 21: (EDITORIAL USE ONLY; NO COMMERCIAL USE) Childish Gambino performs onstage during the 2018 iHeartRadio Music Festival at T-Mobile Arena on September 21, 2018 in Las Vegas, Nevada. (Photo by Kevin Winter/Getty Images for iHeartMedia)

Donald Glover has a sneaker collaboration with New Balance.
It is the RC30.
He debuted the collab by sharing an animated short film on his Instagram.
It is a three minute film.
The shoe puts a contemporary spin on New Balance’s vintage running shoes while borrowing elements from its classic Trackster.
The show comes in two colorways, Golden Hour and Sea Salt.
What has been the best non-athlete celebrity/shoe collaboration?