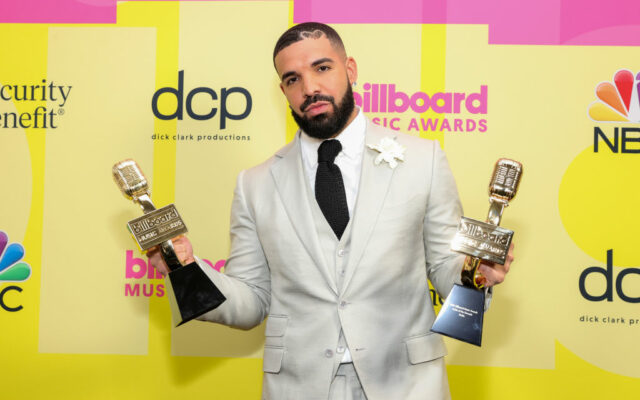 LOS ANGELES, CALIFORNIA - MAY 23: Drake, winner of the Artist of the Decade Award, poses backstage for the 2021 Billboard Music Awards, broadcast on May 23, 2021 at Microsoft Theater in Los Angeles, California. (Photo by Rich Fury/Getty Images for dcp)

Drake appears to be a little jealous that his songs from Her Loss haven’t made the top spot on the Billboard Hot 100 top 10.

While Drake and 21 Savage enjoy eight songs on the chart, the top spot belongs to Taylor Swift.

Last year’s Certified Lover Boy also found eight songs within the top 10 spots on the Billboard Hot 100. Taylor hasn’t had time to respond to Drake since she was in Europe scooping up awards at the MTV EMAs.