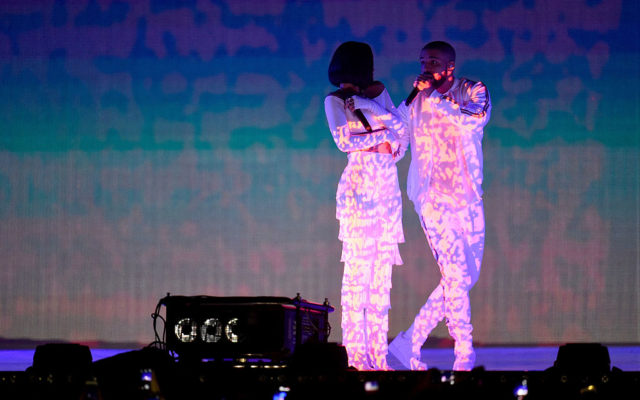 LONDON, ENGLAND - FEBRUARY 24: (EDITORIAL USE ONLY) Rihanna and Drake perform on stage at the BRIT Awards 2016 at The O2 Arena on February 24, 2016 in London, England. (Photo by Ian Gavan/Getty Images)

Uh-oh, it looks like Drake may be salty about Rihanna’s pregnancy announcement.

He’s also unfollowed A$AP Rocky, but according to reports, he now follows him again.