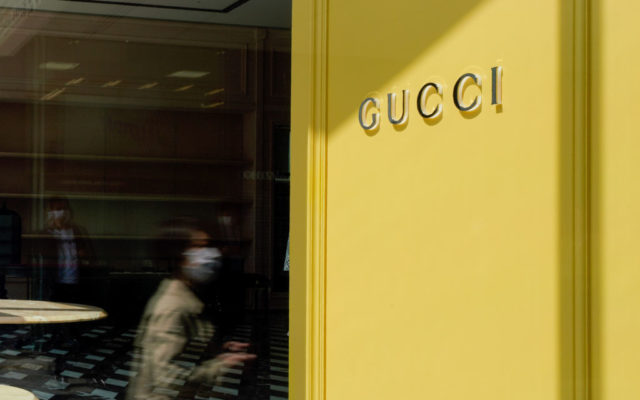 TOKYO, JAPAN - APRIL 08: The logo of Gucci is seen from a window as the shop is closed temporarily for the time being after a state of emergency was announced, on April 08, 2020 in Tokyo, Japan. Japan's Prime Minister, Shinzo Abe, has announced that the government intends to declare a state of emergency that will cover 7 of Japans 47 prefectures, including Tokyo and Osaka, as the COVID-19 coronavirus outbreak continues to spread in the country. The move will allow affected prefectures to take measures including expropriating private land and buildings and requisitioning medical supplies and food from companies that refuse to sell them. (Photo by Christopher Jue/Getty Images)

Have you ever wanted to try on a pair of Gucci shoes but maybe too shy to walk into the store? Now you can.

Snapchat has four different pair of Gucci shoes you can “try on.”

If you like the shoes you can buy it straight it from the Snapchat app.