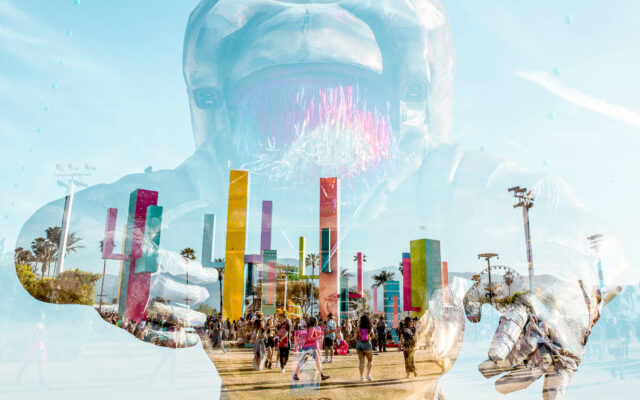 INDIO, CALIFORNIA - APRIL 14: (EDITORS NOTE: Multiple exposures were combined in camera to produce this image.) Colossal Cacti and Overview Effect are seen during the 2019 Coachella Valley Music And Arts Festival on April 14, 2019 in Indio, California. (Photo by Natt Lim/Getty Images for Coachella)

The Coachella Music & Arts Festival returns this weekend for the first time in three years. And if you didn’t get a ticket, you can still check out the action online.

The first weekend of the festival will stream for free on YouTube, with three separate channels covering dozens of artists on multiple stages.

The music begins at 4pm PST/7pm EST on Friday, Saturday, and Sunday.