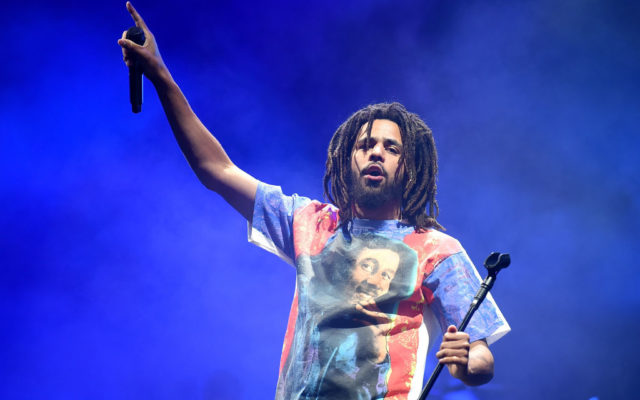 LONDON, ENGLAND - JULY 06: (EDITORIAL USE ONLY) J. Cole headlines the main stage on Day 1 of Wireless Festival 2018 at Finsbury Park on July 6, 2018 in London, England. (Photo by Tabatha Fireman/Getty Images)

During a recent interview, J Cole admitted that he told Dr. Dre to sign Kendrick Lamar.

When asked, he replied, “Who told you that? Who gave you that piece of information? The answer is, yes, I did. I’m not gonna say I was the first to tell him.”

He added that while they were working on “Detox,” he said, “I was like, ‘Yo, you gotta sign this kid from Compton.'”

He then gave a shoutout to Dre for making the right decision.