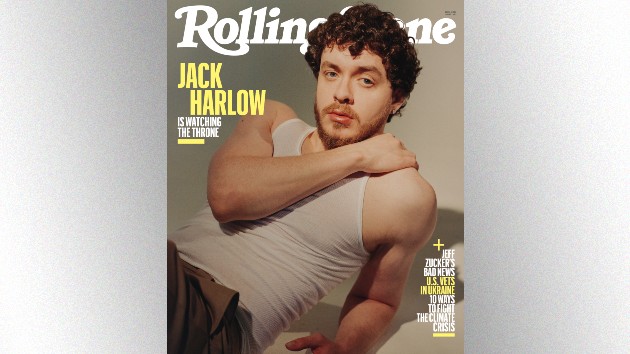 Jack Harlow is explaining why he decided to keep Tory Lanez and DaBaby on his remix of “What’s Poppin’” despite their recent controversies.

In a new interview with Rolling Stone, the rapper acknowledged that while he did face pressure to remove Tory and DaBaby from the song, they recorded the track before the two were “canceled.” Lanez, as we know, has been charged with shooting Megan Thee Stallion, and DaBaby came under fire for making homophobic remarks.

“I know I’m a good person,” Harlow tells Rolling Stone. “My character, my integrity are very important to me. And I think I’ve done such a good job that now I’m being forced to answer for other people’s actions.”

He adds, “It doesn’t feel right as a grown man to speak for other grown men all the time.”

Harlow did show his support for Megan Thee Stallion, though, telling the mag, ”One thing’s for sure, is that Megan got shot. And I wish her nothing but love and respect.”

As previously reported, Harlow announced that his new album, Come Home the Kids Miss You, is due out May 6.