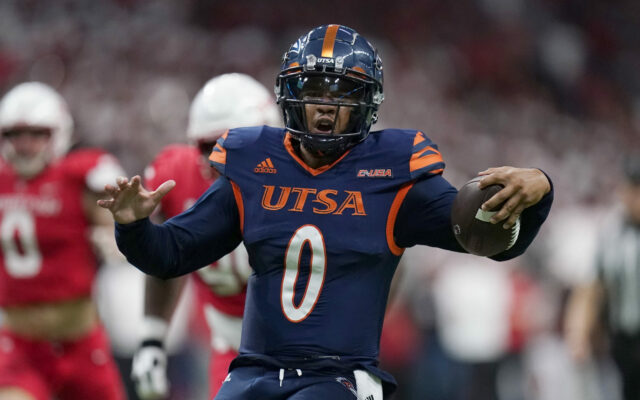 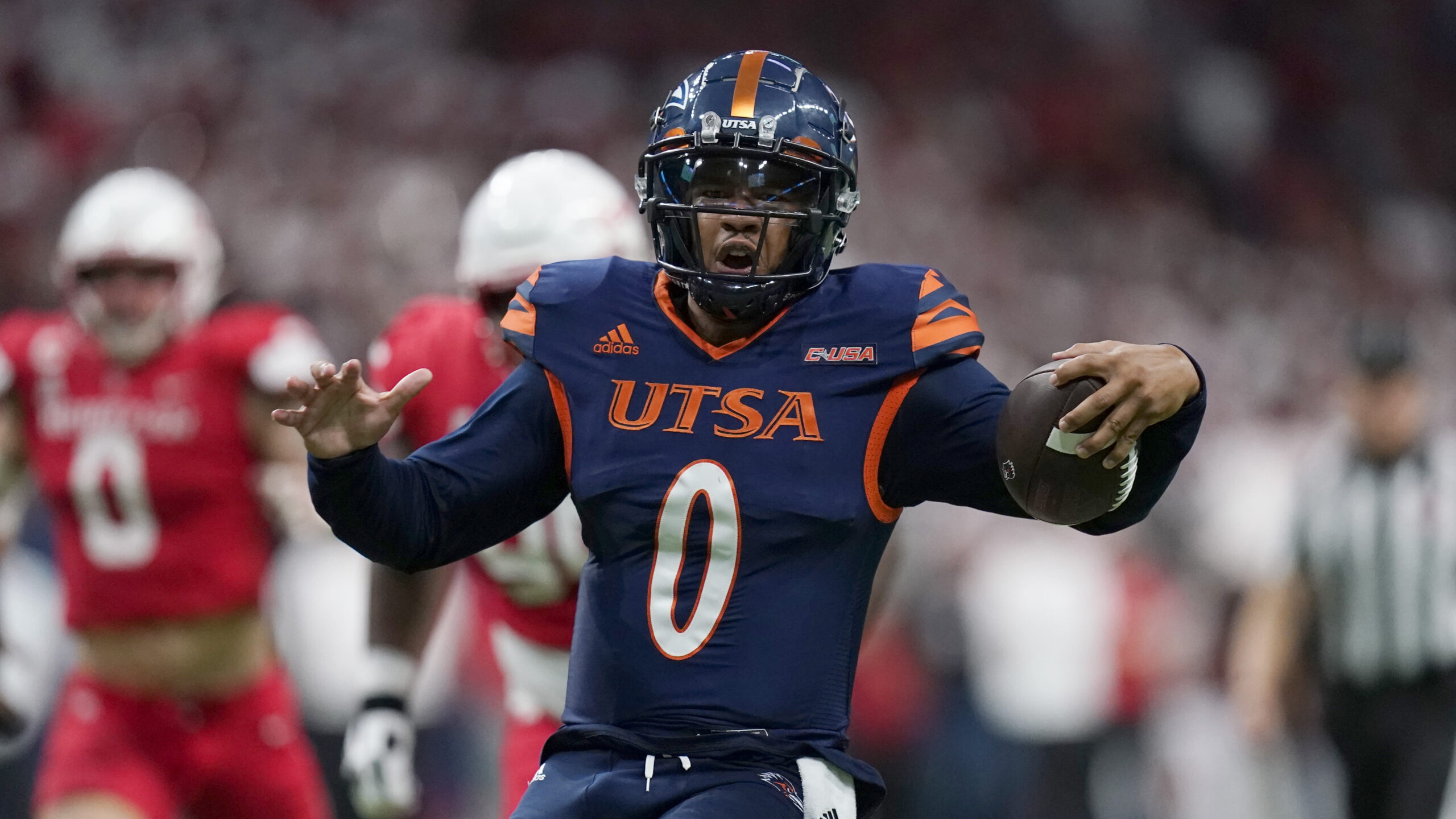 I can’t believe I’m going to do this Saturday night… I’m going to wear a UTSA Roadrunners shirt and cheer *against the Texas Longhorns. I have never done that publicly before. I grew up a t-shirt Texas fan, cheering on Ricky Williams and Vince Young. But now, my loyalty is being put to the test as the Longhorns play my alma mater, UTSA.

On Halftime, a caller told me he’s cheering for both teams because he likes them both. Nope. You can’t do that. Pick a side! You can’t cheer for both UT and UTSA Saturday night. You have to cheer for one, and cheer *against the other. That’s how sports works.

During a commercial break, Jason Minnix disagreed with me in the hallway saying that it is possible to root for two teams. Joe Reinagel surprised him (and me!) when he agreed with my take.

People reached out to say San Antonio (the 210) is still Texas Longhorns territory. The cite the fact that UT sold out the Alamodome in multiple Alamo Bowl appearances. I don’t think that’s fair – to compare the pageantry of a bowl game to that of a Conference USA regular season game.

UT *does have a grip on the San Antonio area. But, that grip gets looser by the day. Fans have fallen in love with Coach Jeff Traylor and his ability to lead the Roadrunners to a higher level of play. Two Roadrunners from last season started this weekend as NFL rookies: Tariq Woolen (Seattle) and Spencer Burford (San Francisco).

Heck, former Roadrunner Marcus Davenport blocked the potential game winning field goal in New Orleans’ comeback victory over Atlanta. How many Longhorns were drafted into the NFL this year? None. Zero. Zilch. Nada.

I’m cheering for UTSA. They represent this city, not UT. The program has my heart. It has my money… and I’ve got the merch to prove it. I traded my burnt orange for a brighter shade of Orange and Blue.

It’s going to take 10-20 years for UTSA to have the number one fan base in San Antonio. But mark my words – it’s going to happen. The inevitable will accelerate… when the Roadrunners kick the Longhorns’ butt Saturday night.

What do you think? Who are you cheering for between UTSA and Texas? Let Michael know on Twitter @MikeESPNSA. You can listen to Michael Jimenez on “Halftime” weekdays from Noon to 2 p.m.