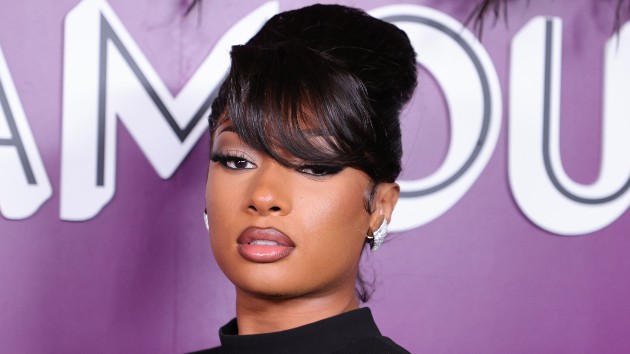 After suing her own Houston-based record label, 1501 Certified Entertainment, in 2020 over contractual issues, Megan Thee Stallion is now being countersued, according to Rolling Stone.

The countersuit claims the “Savage” rapper, born Megan Pete, did not adhere to contract terms when she dropped her Something for Thee Hotties album last October, because the project only amounts to 29 minutes of new recordings featuring Megan and includes “freestyles available on YouTube and archival material from as far back as 2019,” therefore not qualifying as an album.

The label claims Megan’s contract states she “must include at least twelve new master recordings of her studio performances of previously-unreleased musical compositions” to qualify as an album under the terms of her contract.

Megan and 1501 CEO Carl Crawford exchanged words on social media on Monday after Crawford confirmed the countersuit and posted a screenshot of a TMZ headline about the suit.

“Stop playing the victim @theestallion u haven’t paid for 1 show since 2019 hiding behind #Rocnation.. U can keep that bulls**** a** mix tape and send over that straight drop whenever u ready #1501certified #tmz,” the post’s caption reads.

Megan tweeted in response, “First the man over my label said I don’t make him any money … now he counter suing trying to keep me on his label because he wants to make more money lol if I ain’t making you no money why not just drop me?”

After more back-and-forth, Megan tweeted that she doesn’t want to be signed to Crawford’s “pill popping a**,” which prompted Crawford to respond with, “Defamation claim on the way!!”

Megan was granted a restraining order against her label back in March 2020 and has been signed to Jay-Z’s Roc Nation since September 2019.