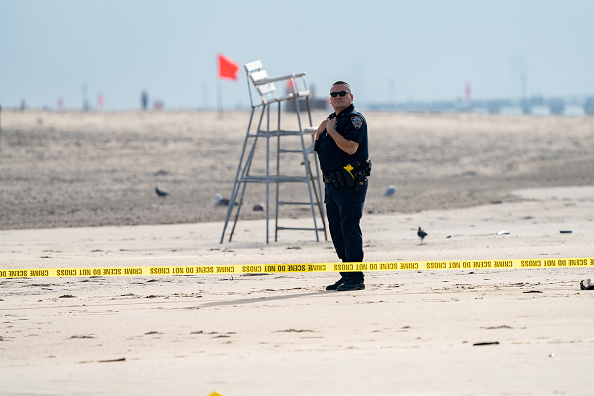 (NEW YORK) — A New York City mother police said is suspected of drowning her three children while in the throes of a postpartum breakdown is now facing homicide charges.

The mother, 30-year-old Erin Merdy, was charged with three counts of second-degree murder, according to the New York Police Department. For each victim, she is charged with murder, murder with depraved indifference to human life and murder of a victim under 11 years old, officials said.

The charges were filed even as Merdy is undergoing psychiatric evaluation at a hospital and came a day after New York City’s chief medical examiner determined her three children — a 7-year-old boy, a 4-year-old girl and a 3-month-old daughter — died from drowning and that the manner of death was homicide.

Worried relatives and police found Merdy soaking wet, barefoot and alone early Monday on the Coney Island boardwalk after she called family members and allegedly threatened to harm her children, according to police. One official briefed on the probe told ABC News that the mother was “nearly catatonic” when police attempted to speak with her and are probing whether postpartum depression played a role in the alleged triple slaying.

The children were discovered by police unresponsive at 4:42 a.m. Monday at the water’s edge of Coney Island beach, about 2 miles from where the mother was located, authorities said.

Police said the deaths of the children appeared to be premeditated and not something that occurred at the spur of a moment.

The horrific incident began unfolding around 1:40 a.m. Monday, when a relative called 911 and said she was concerned that the mother was going to harm the children.

Officers went to the mother’s apartment in Coney Island, knocked on the door but got no answer, officials said. While at the address, a man showed up and identified himself as the father of one of the children, who also expressed concern for the well-being of the children and told officers he believed the mother had taken them to the boardwalk, according to authorities.

The mother was not able to communicate with police when they detained her for questioning on the boardwalk, officials said.

Police have obtained surveillance video of Merdy walking the children calmly to the ocean in the middle of the night, police sources told ABC New York station WABC.

Kenneth Corey, chief of department for the New York Police Department, said at a news conference on Monday that the children were found unresponsive at the water’s edge near the boardwalk at W. 35th Street. Officers immediately performed life-saving measures on the children, including cardiopulmonary resuscitation, but they were all pronounced dead at Coney Island Hospital.

The mother has no prior arrests or history of being emotionally disturbed, according to NYPD records. She has prior domestic incidents of harassment and aggravated harassment that did not result in charges, according to the records. Corey said investigators have found no indication of a prior history of abuse and neglect of the children.

The city Administration for Children’s Services declined to discuss Wednesday whether it should have been looking into Merdy before the children’s deaths, and if the family slipped through the cracks.

“Our top priority is protecting the safety and well-being of all children in New York City. We are investigating this tragedy with the NYPD,” an ACS spokesperson said.

Yegiants said that while it is possible for someone with postpartum depression to harm their children, it is not common. She said postpartum psychosis, however, presents essentially a break with reality and causes delusional thinking that could lead to such violence.

Up to 1 in 7 women experience postpartum depression, according to the American Psychological Association, and symptoms can occur during pregnancy and last for days or even months after delivering a baby.

“Postpartum depression is not your fault — it is a real, but treatable, psychological disorder,” the APA says on its website. “If you are having thoughts of hurting yourself or your baby, take action now: Put the baby in a safe place, like a crib. Call a friend or family member for help if you need to.”