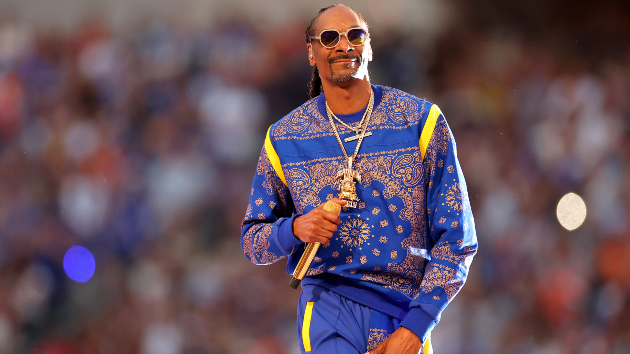 (NOTE LANGUAGE) Nicki Minaj recently sat down with rapper and podcast host Joe Budden in an open and transparent interview where she touched on many topics including her and rapper Lil Kim‘s cultural influence.

“The same way I feel I should have already been on the cover of American Vogue, so should Lil Kim, if we being all the way a thousand,” the “Moment 4 Life” rapper said.

In the highly-anticipated interview, the rapper also dished on plans to start her own management company.

Snoop Dogg also spoke candidly in a recent interview. The rapper spoke with Tidal’s Elliot Wilson about his new role as Death Row Records CEO and the 2022 Super Bowl halftime performance, saying he thought the show was the “greatest s*** ever.”

Snoop also mentioned Jay-Z’s role as not only an NFL partner but also a brother in hip-hop who wanted the best for Snoop, Dre and everyone else on stage.

“Jay was the first one that came to the dressing room when I got offstage,” Snoop said. “We love each other. Like, not secretly, like publicly, we love each other. It is what it is, so it’s like for him to go to bat for us and tell the NFL, ‘F*** that. They perform or I quit…’”

Snoop said after the show the two hugged one another and embraced the unforgettable hip-hop moment that had just taken place.

Speaking of unforgettable, the BET show College Hill is set to reboot, according to the Houston Chronicle. Stacey Dash, Lamar Odom and NeNe Leakes are among the cast to star in the reality series.