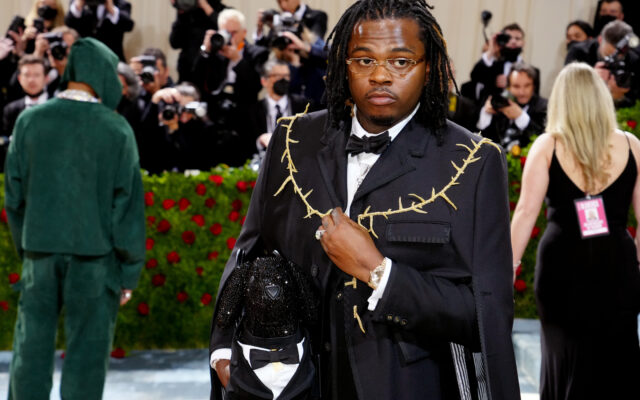 NEW YORK, NEW YORK - MAY 02: Gunna attends The 2022 Met Gala Celebrating "In America: An Anthology of Fashion" at The Metropolitan Museum of Art on May 02, 2022 in New York City. (Photo by Jeff Kravitz/FilmMagic)

Gunna was denied bail and prosecutors have argued that Gunna plays a leadership role in YSL and that he will be able to intimidate witnesses if he is let out on bond.

Prosecutors claimed that the DS4 artist was behind another incident that occurred at the Fulton County Jail in May.

A nurse was caught trying to allegedly smuggle cocaine and weed into the jail for Gunna. The nurse fled when confronted about the drugs.

During Gunna’s bond hearing on July 7, prosecutors said some of the drugs were for him. His attorney disputes this.