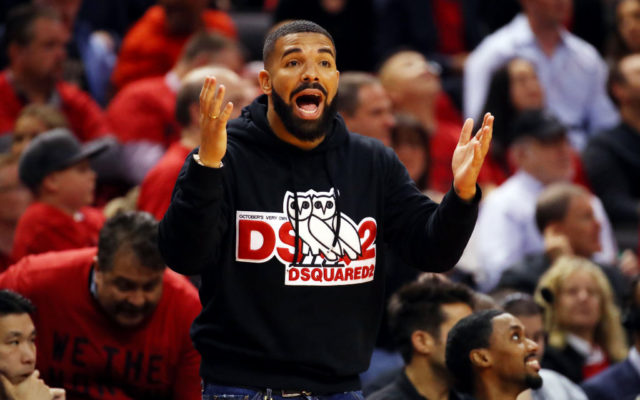 TORONTO, ONTARIO - MAY 21: Rapper Drake reacts in game four of the NBA Eastern Conference Finals between the Milwaukee Bucks and the Toronto Raptors at Scotiabank Arena on May 21, 2019 in Toronto, Canada. NOTE TO USER: User expressly acknowledges and agrees that, by downloading and or using this photograph, User is consenting to the terms and conditions of the Getty Images License Agreement. (Photo by Gregory Shamus/Getty Images)

There are a number of people not happy with Drake’s short air flights he’s been choosing to take lately.

Lately, the Canadian-born rapper has been taking 14-minutes flights from Toronto to Hamilton-Ontario, Canada.

That one flight wasn’t the only one that Drake took. The Twitter account has him taking the short flights as early as June 12.