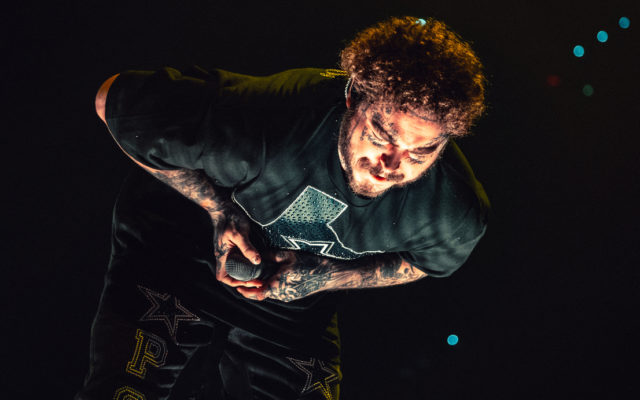 Post Malone recently injured himself again while performing in Atlanta.
A video of the injury is circulating online and shows Post twisting his ankle while performing his track ‘Psycho.’
He continued his performance while hopping around to avoid putting weight on his ankle.
Post said to the crowd, “There’s little holes in the middle of the stage where fire comes out.”
He continued, “I just twisted up my ankle in that hole there. So, if my dance moves aren’t 100 percent tonight, you have to forgive me, ladies and gentlemen. I’m gonna do my best.”
Earlier during his tour, he took another fall that was a lot more severe than the one that occurred during the Atlanta show.