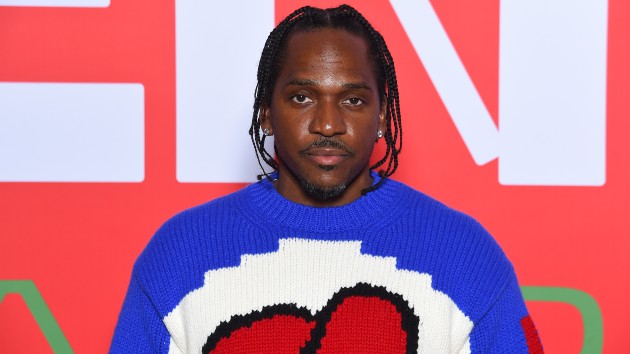 Pusha T recently addressed his views on his music, the Grammys, and Kanye West’s ‘hate speech.’
Pusha said, “I don’t think that’s it hard to find something fresh in street culture. It’s something new every day, it’s action. For me, that’s inspiring. You can look at all types of different artists today, and there’s so many subcultures and subgenres of hip-hop, but it’s all really based in the streets. People act like it’s a hard thing to do, but for me, it’s not. Street culture is the basis of America. America was founded on illegal activity. It’s just the fact that coming from the inner city and being Black, it never gets looked at in a rags-to-riches type of storyline. Some of the families that have made fortunes off of illegal business, today they’re looked at as iconic.”
He continued on Kanye, “It’s definitely affected me. It’s been disappointing. As a Black man in America, there is no room for bigotry or hate speech. So yeah. It’s been very disappointing, let’s talk straight.”
He added, “I’ve spoken about being the Martin Scorsese of street raps. I want the music to be as colorful and creative as it can be. Expand where reality meets imagination. I’m here to entertain those who love this, and there’s a lot of people who love this.”