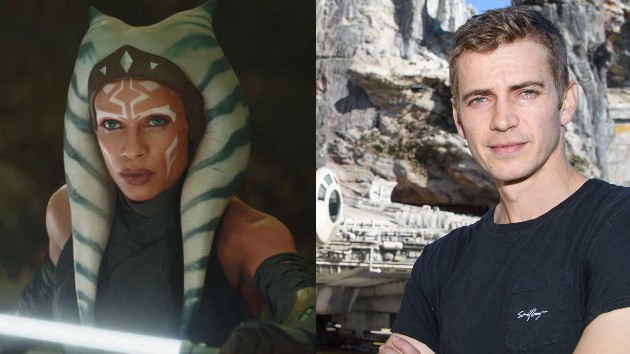 Within minutes of news that Star Wars prequel star Hayden Christensen would be co-starring in the live-action Disney+ series Ahsoka, that show’s star posted a sweet in-character greeting.

However, for fans, Christensen’s participation in Ahsoka was, to quote Palpatine, “a surprise to be sure, but a welcome one.”

Dawson, who played the live-action version of the Clone Wars animated series character Ahsoka Tano in The  Mandalorian, appeared to be champing at the bit to let the secret out.

The names were nicknames the characters gave each other in the animated series; Skywalker was voiced by actor Matt Lanter, while Ashley Eckstein voiced Tano in her animated form.

Tano was created by Clone Wars Emmy winning animator Dave Filoni, who is now an executive producer on The Mandalorian. She began as something of a hanger-on to the headstrong Jedi Skywalker, who reluctantly trains her, and has since evolved into a fan favorite.

Ahsoka should premiere on Disney+ sometime in 2022.

Disney is the parent company of ABC News.

December 8th, 2021
View full playlist
Connect With Us Listen To Us On