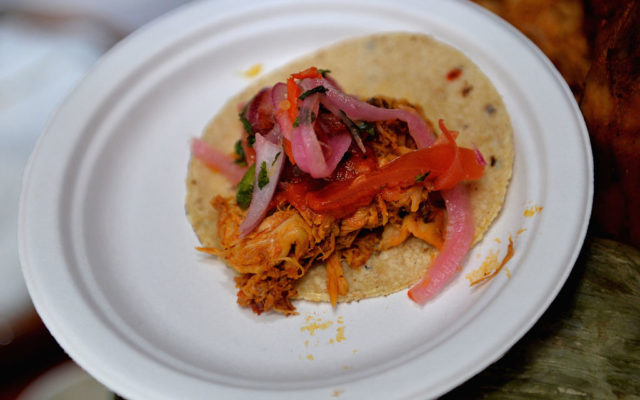 Quesataco. It’s a thing. Dig into during #SATacoWeek from Sept. 26 – Oct. 4. This bad boy is available at these four locations: @LosBarriosRestaurant, @LaHaciendaBarrios, @ViolasVentenas, @LaHaciendaScenicLoop and includes your choice of chicken or beef on a fresh homemade tortilla with a @CoronaUSA Cerveza for the special price of $10 plus tax. 🍻🌮❤️

Honestly it’s quite astonishing that it took until 2020 for San Antonio, a city that is 64% hispanic, to have an official Taco Week!

Well…now it does and the inaugural San Antonio Taco Week runs Saturday, September 26, through Sunday, October 4, giving residents a chance to pair two of their favorite consumables: beer and tacos.

As part of the celebration, which benefits the San Antonio Restaurant Association, more than 20 local eateries are offering $5 and $10 specialty taco plates paired with cold beers.