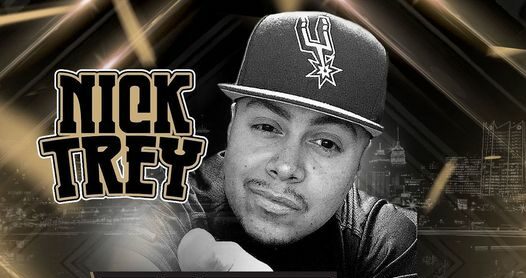 Nick Trey was born in Chicago, Il where shortly after his family decided to move to
Belvidere, Il a small Midwest town between Chicago and Rockford. By the time he turned
7yrs old his family made another move yet again, this time to San Antonio, Tx.

At a young age, Nick found himself glued to the tv watching music videos all day on MTV
(before reality shows took over lol) and listening to his parents and aunt play records from
every genre of music that you could think of.

Nick Trey loves going to concerts, comedy shows, and live sporting events. He is a huge
Chicago Bears fan and a die hard Spurs fan. What he enjoys the most is traveling and spending time with his family.