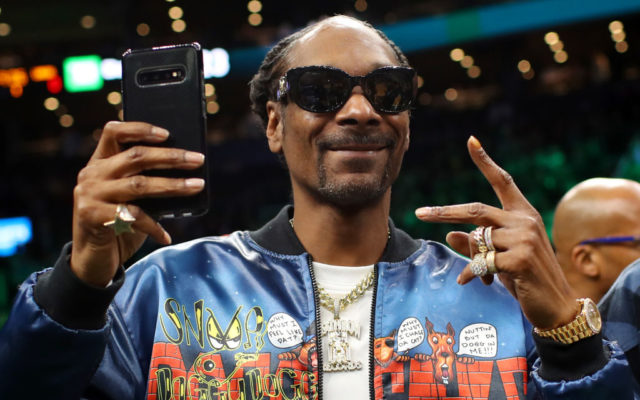 BOSTON, MASSACHUSETTS - JANUARY 20: Rapper Snoop Dogg courtside before the game between the Boston Celtics and the Los Angeles Lakers at TD Garden on January 20, 2020 in Boston, Massachusetts. (Photo by Maddie Meyer/Getty Images)

The couple celebrated their 25th wedding anniversary in Bora Bora, the rapper’s first vacation in 30 years.

Snoop posted several Instagram photos and videos of him showering Shante with gifts at their resort, including personalized cakes, flower arrangements, and bed decorations.

Shante celebrated their silver wedding anniversary with an adorable Instagram post of her own. “We Go Together? Real Bad!” she wrote in the caption. “After All These Years We Still Look At Each Other The Same *Alexa Play ‘Anniversary’ From Tony! Toni! Toné Please.”

Snoop left a sweet comment on her post that read, “I only have eyes 4u.” The couple got married in June of 1997, and although they almost divorced in 2004 due to his infidelity, the couple pulled through.