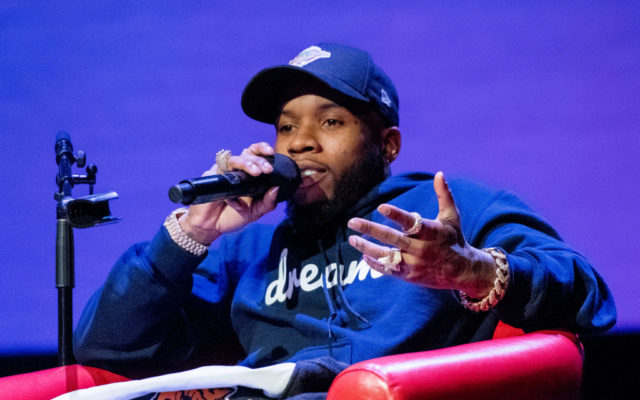 NEW YORK, NY - JANUARY 27: Tory Lanez discusses his creative process during BMI's How I Wrote That Song 2018 on January 27, 2018 in New York City. (Photo by Roy Rochlin/Getty Images for BMI)

Tory Lanez and Madonna were seen sitting ringside at the Barclays in New York.

They were watching the Gervonta Davis and Rolando Romero fight.

Nothing has been confirmed but the two were seen blocking photogs from taking pics.

Just in case you were wondering, Madonna is 63 and Tory is 29.